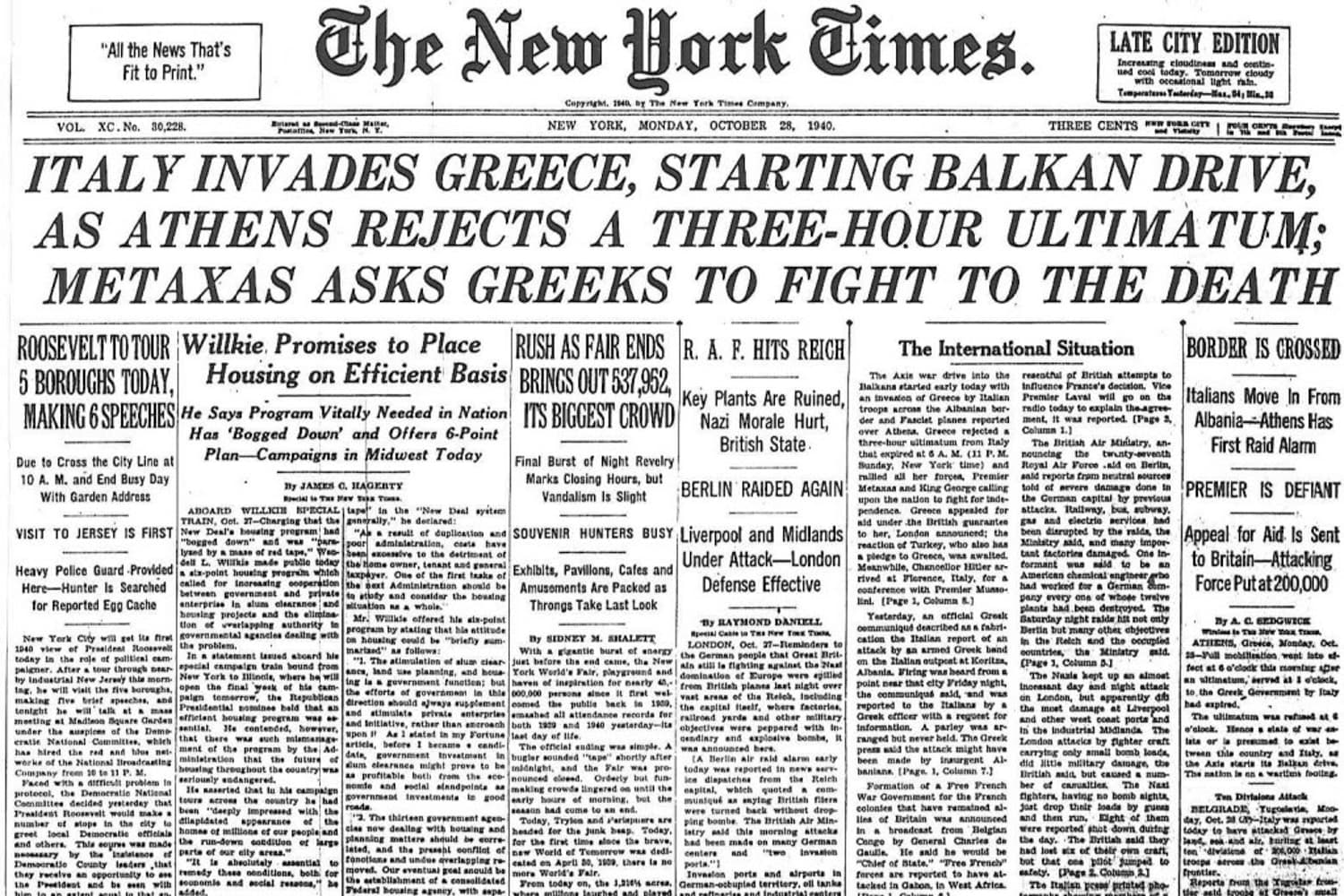 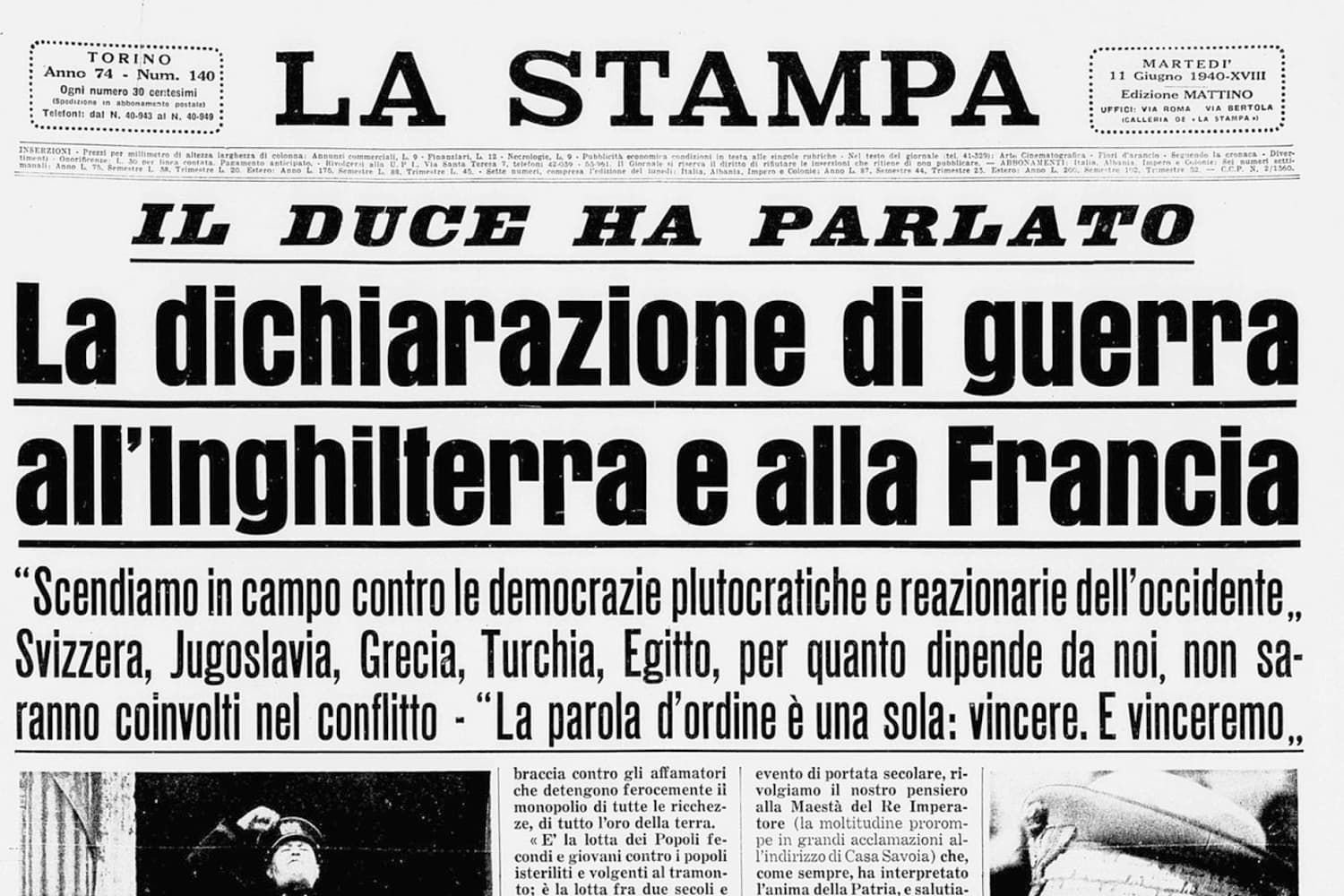 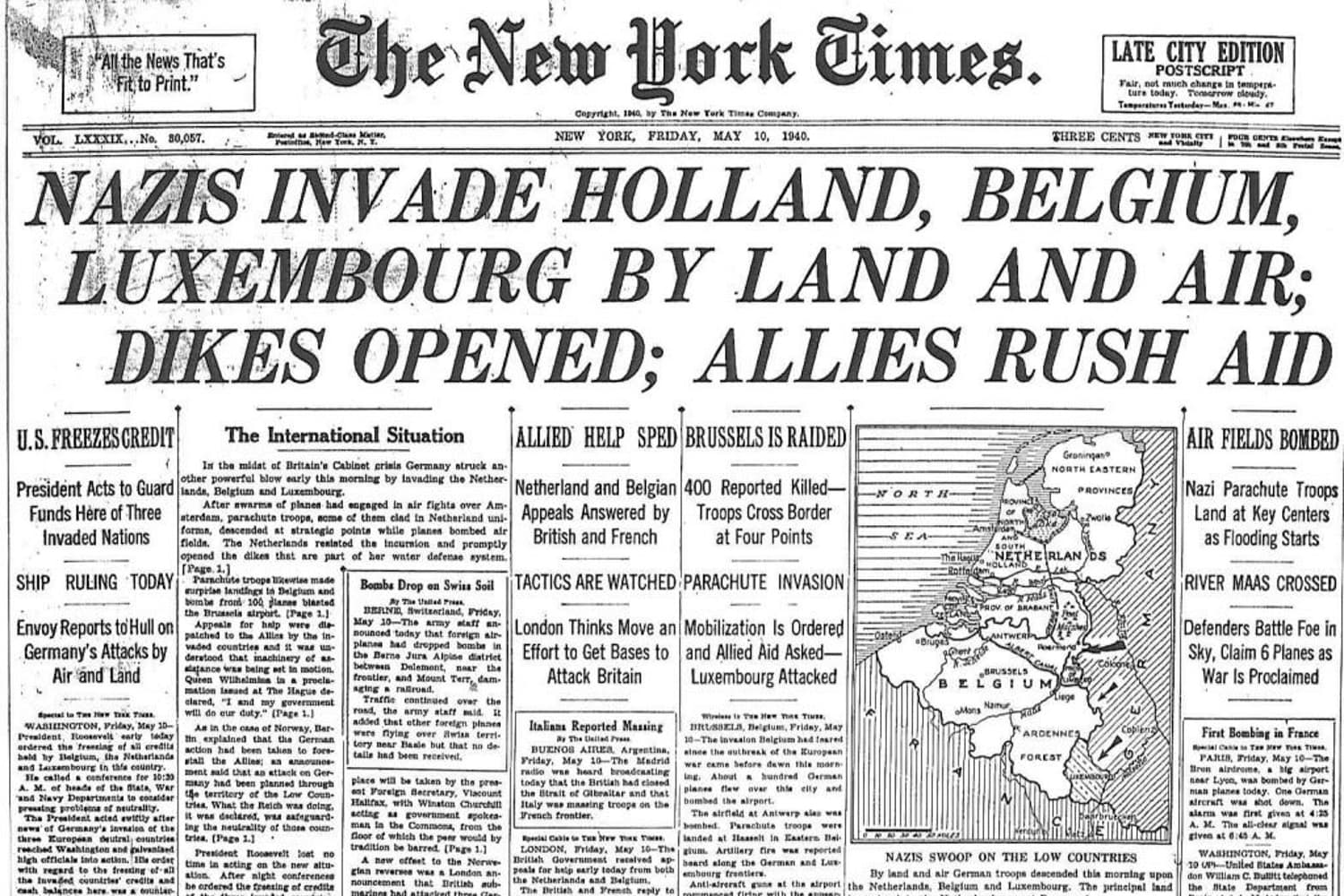 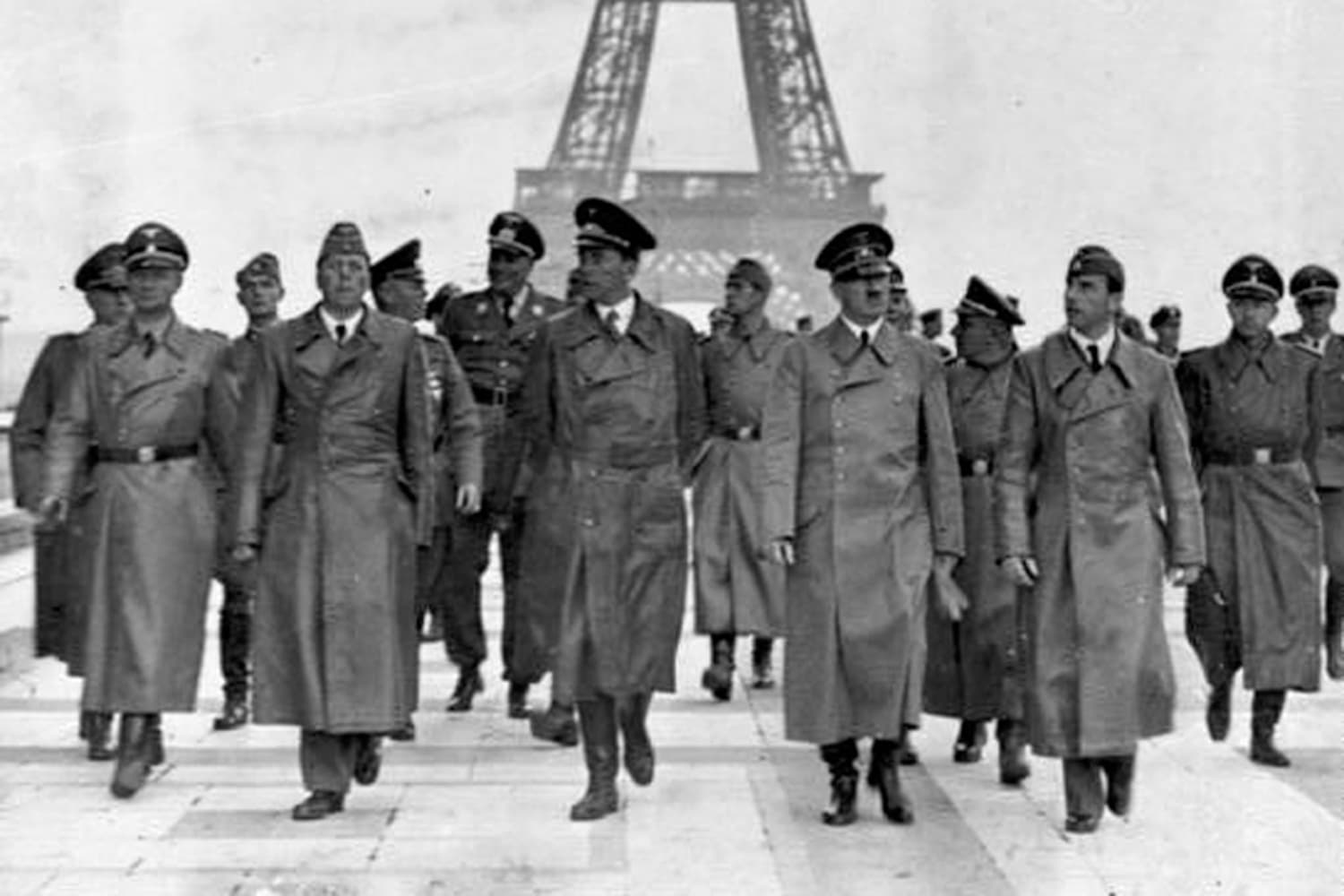 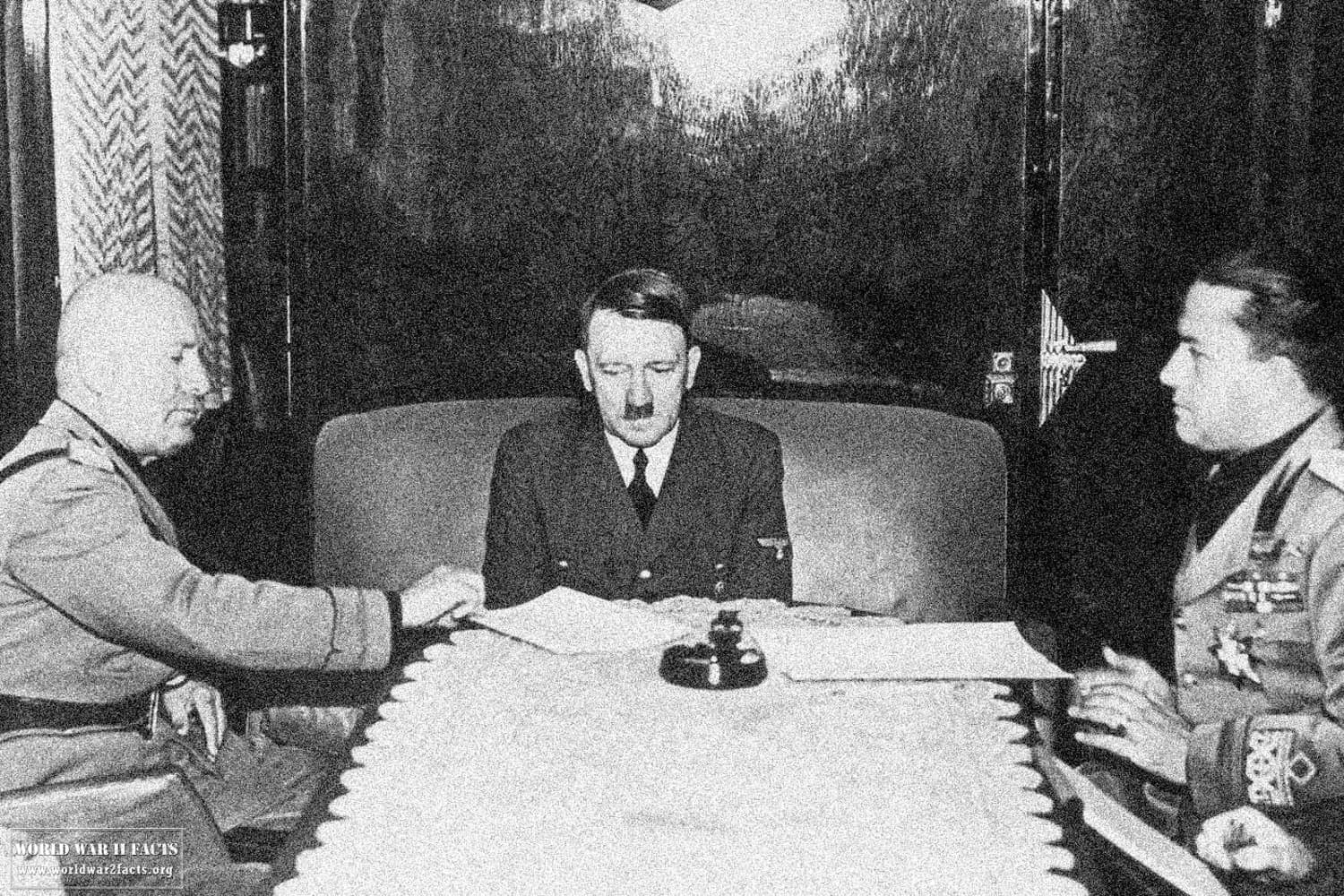 In the first year of war, Germany occupied Denmark and Norway, where it constituted two collaborationist governments. In May 1940, on the western front, the German army invaded Belgium and Holland regardless of whether they were two neutral countries. From there, Hitler immediately started to attack France: the German tactic of the Blitzkrieg (“lightning war”) was proving successful.

Thanks to the passage between Belgium and Holland, the Germans managed to bypass the Maginot Line, reaching and occupying Paris without encountering any obstacle whatsoever. On 14 June, the Germans entered the French capital: Marshal Philippe Pétain surrendered and, on 22 June, signed the armistice with Germany.

On 10 June, Italy too enters the war against France and England. France, exhausted, called for an armistice, which was signed on 24 June. The northern regions and the Atlantic coast become a German-occupied zone, while in southern France a collaborationist government – based in Vichy – was settled; from Radio London, De Gaulle incited the French to the resistance.

At this point, according to Hitler’s expectations, England would have accepted the compromise with Berlin and focus all its military efforts against the USSR, but Churchill did not accept and opted to continue the war.

In the meantime, on 27 September 1940, Italy, Germany and Japan signed the tripartite pact, an agreement signed in Berlin with the purpose of recognising the areas of influence in Europe and Asia. In so doing, these three powers legitimised the right of “leading” powers, each in its own area, namely: Europe for Germany, the Mediterranean for Italy, and the Far East for Japan.

On 28 October, Italy declared war on Greece, clashing once again with resistance above its expectations. In December, the British conquered Cyrenaica, and it is at this point that Mussolini had to accept German aid to restore its dominion over the region.

27 May: the quartet Quartetto Egie (which will later change its name in Quartetto Cetra) makes its debut at the Teatro Valle in Rome.

27 May: Operation Dynamo. English and Allies begin the evacuation of Dunkirk.

29 May: Fausto Coppi wins the Florence- Modena stage of the Giro d’Italia with over four minute lead and wins his first pink jersey.

10 June: Italy enters the war alongside Hitler’s Germany as its Allied.

18 June: “Appeal of 18 June”, the first speechby French general Charles de Gaulle as part of the radio broadcasts of Radio London, aired by the BBC, which incites the French resistance against the German invasion.

15 October: “The Great Dictator”, directed by and starring Charlie Chaplin, is released in cinemas.

12 September: discovery of the Lascaux Caves in France.

The Tripartite Pact is signed by Germany, Italyand Japan to seal their alliance with an anti-communist