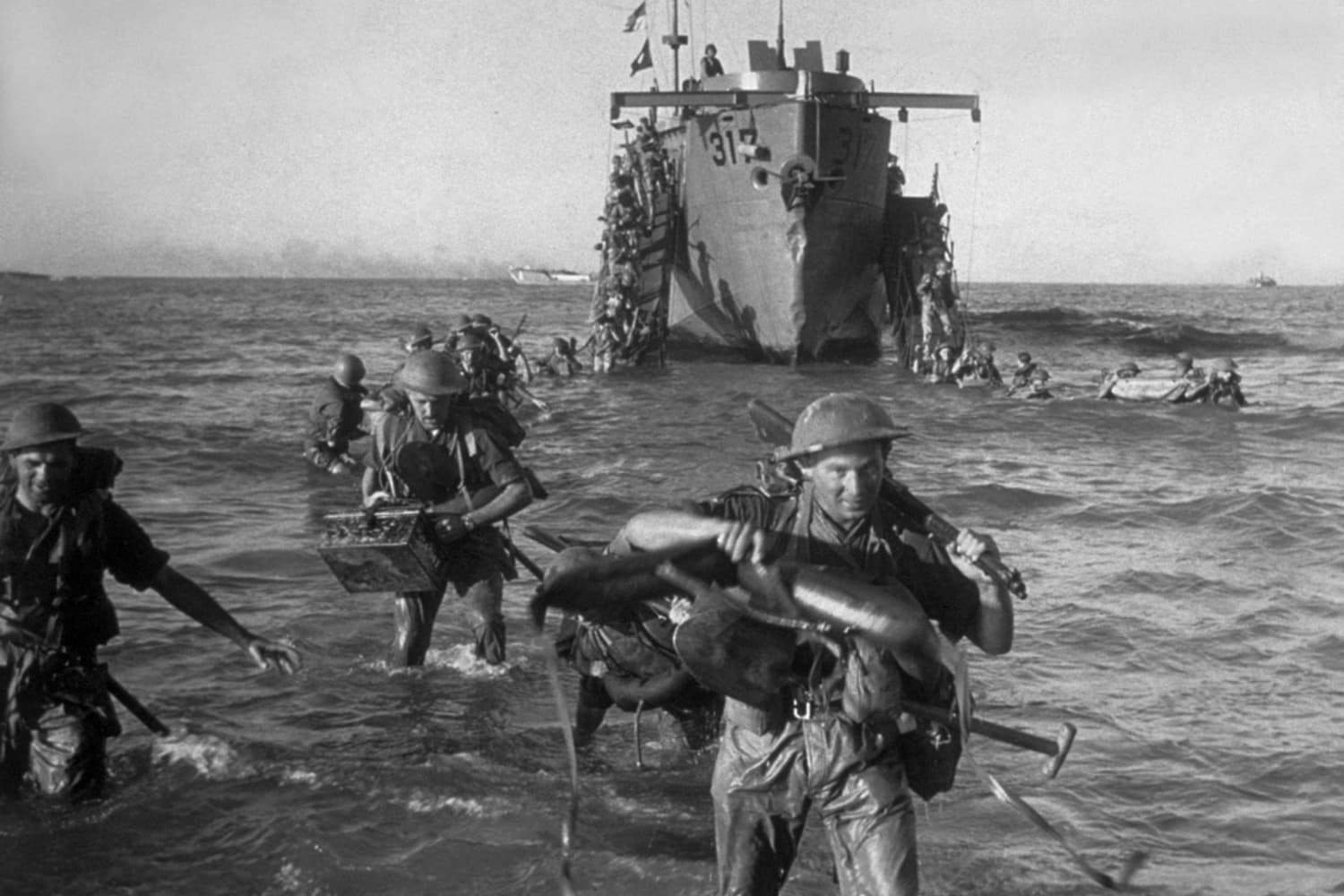 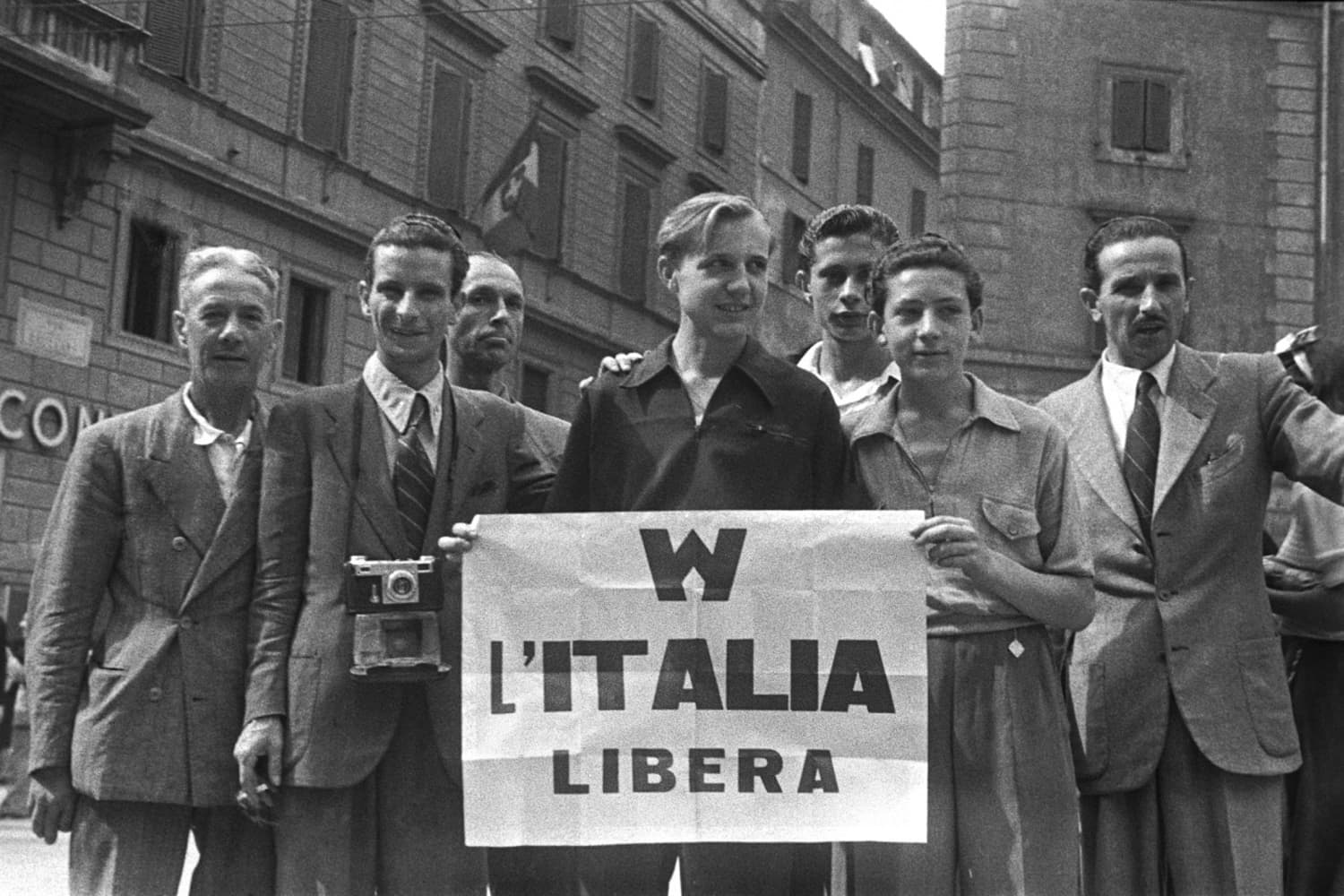 In January 1943, on the occasion of the Conference held in Casablanca, Morocco, the Allies, who had already signed the United Nations Pact pledging to remain faithful to the Atlantic Charter, decided that the next step would start from Sicily, and that the World War II would have lasted until the surrender of Germany, which was to be defeated without granting it any kind of bargain whatsoever.

In July, the landing in Sicily took place: in a few weeks, the Anglo-Americans took possession of the entire island. The fascist government had by then lost credibility due to its numerous failures; this is how, on 25 July, Mussolini fell and was arrested by the carabinieri, while Pietro Badoglio, who during Italy’s defeat in Greece had resigned as commander of the army, was appointed head of the government.

At this point, despite the hope of the Italians that World War II would soon be over, in September 1943, the first bombings began in the City of Cassino, causing damage to the country and the death of a certain number of civilians. In this context, Italy could not consider itself out of the war, and Badoglio began to secretly negotiate with the allies, while proclaiming to the nation, however, that the war commitment would continue on the side of the German troops. On 3 September, Italy and the allies concluded an armistice, disclosed only on 8 September. Badoglio and the King fled to Brindisi, while central and northern Italy was occupied by the Germans; the South was occupied by the Allies, and the Italian army found itself in disarray. The anti-fascist parties were officially reconstituted, giving birth in September 1943 to the National Liberation Committee, and, on 12 September, the Germans freed Mussolini from his prison on Gran Sasso mountain. The plan was to create a new fascist state in the north: the Italian Social Republic (RSI), with its own army and having Salò, a city located on Lake Garda, as its capital. The politics of the Republic of Salò recalled the early fascism, i.e. the most “revolutionary” one, but it remained in any case a state controlled by the Germans, who continued to occupy the territory exploiting its resources and inhabitants, often deported. The Republic of Salò actively contrasted the partisans, giving birth to what we now remember as a real civil war. At the end of 1943, the first partisan bands were formed, bringing together both anti-fascists and deserters from the Republic of Salò. In the cities, real Groups of patriotic action were being formed.

6 February: singer Frank Sinatra makes his debut on the radio with “Your Hit Parade”

25 February: the future Beatles guitarist and singer George Harrison is born in Liverpool.

27 February: Norwegian and partisan commandos destroy the plant in which the Germans produce heavy water, a substance that can be used in the atomic bomb production process.

5 March – anti-fascist strikes: Turin 10 am, the Fiat Mirafiori workers’ strike begins in workshop No. 19. Within a few days, one hundred thousand workers cross their arms: it is the first great workers’ rebellion, which will soon spread to all the factories of northern Italy. This episode, which will pass into history as “The strikes of March 1943”, marks the beginning of the collapse of the fascist regime and represents the first, true and choral, episode of the anti-fascist resistance. A song by Stormy Six remembers that event: “La Fabbrica” (“The Factory”).

28 March: a ship full of explosives, Caterina Costa, explodes in the port of Naples: over 600 victims.

22 April: Albert Hofmann publishes his first report on the hallucinogenic properties of LSD, which he himself synthesised in 1938.

26 April – Bombing of Grosseto: early in the afternoon, a fleet of US aircraft bombards the Tuscan city causing 150 deaths.

9 May: the Americans bomb Sicily, Cagliari and Grosseto, destroying a large part of the artistic heritage.

24 June: in a speech to the gerarchi, made public only a few days later, Mussolini declares that a possible landing of the allies will be blocked “on that line that sailors call of the shore-line”.

19 July: Rome is bombed, for the first time, by the Allies.

25 July – Italy: the Grand Council of Fascism puts Mussolini in the minority by voting for the Grandi agenda; shortly afterwards, Mussolini is arrested and the power entrusted to the Marshal of Italy, General Pietro Badoglio. The Militia does not react. The radio broadcasts the news at 10.45 pm. It is the epilogue of the fascist dictatorship in Italy.

28 July: publication in Sicily of the “separatist manifesto”, asking the Allies to recognise the island as an independent sovereign State under a republican regime.

12 September: Benito Mussolini is released from captivity on the Gran Sasso. The operation, which meets no resistance on the side of the carabinieri on guard duty, is conducted by German commandos led by the Major of paratroopers Harald-Otto Mors and the captain of the SS, Otto Skorzeny. Mussolini is transferred by plane to Germany.

23 September: The Republic of Salò is established.

27 September: the popular uprising in Naples begins (also known as the Four Days of Naples).

13 October: Italy declares war on Nazi Germany and becomes a co-belligerent country alongside the Allies.

16 October: deportation of 1,023 Roman Jews from the Rome ghetto to the extermination camps.

In Sweden, seventeen-year-old Ingrav Kamprad, using the money received from his father as a reward for his studies, founded a mail-order company for everyday articles, IKEA.