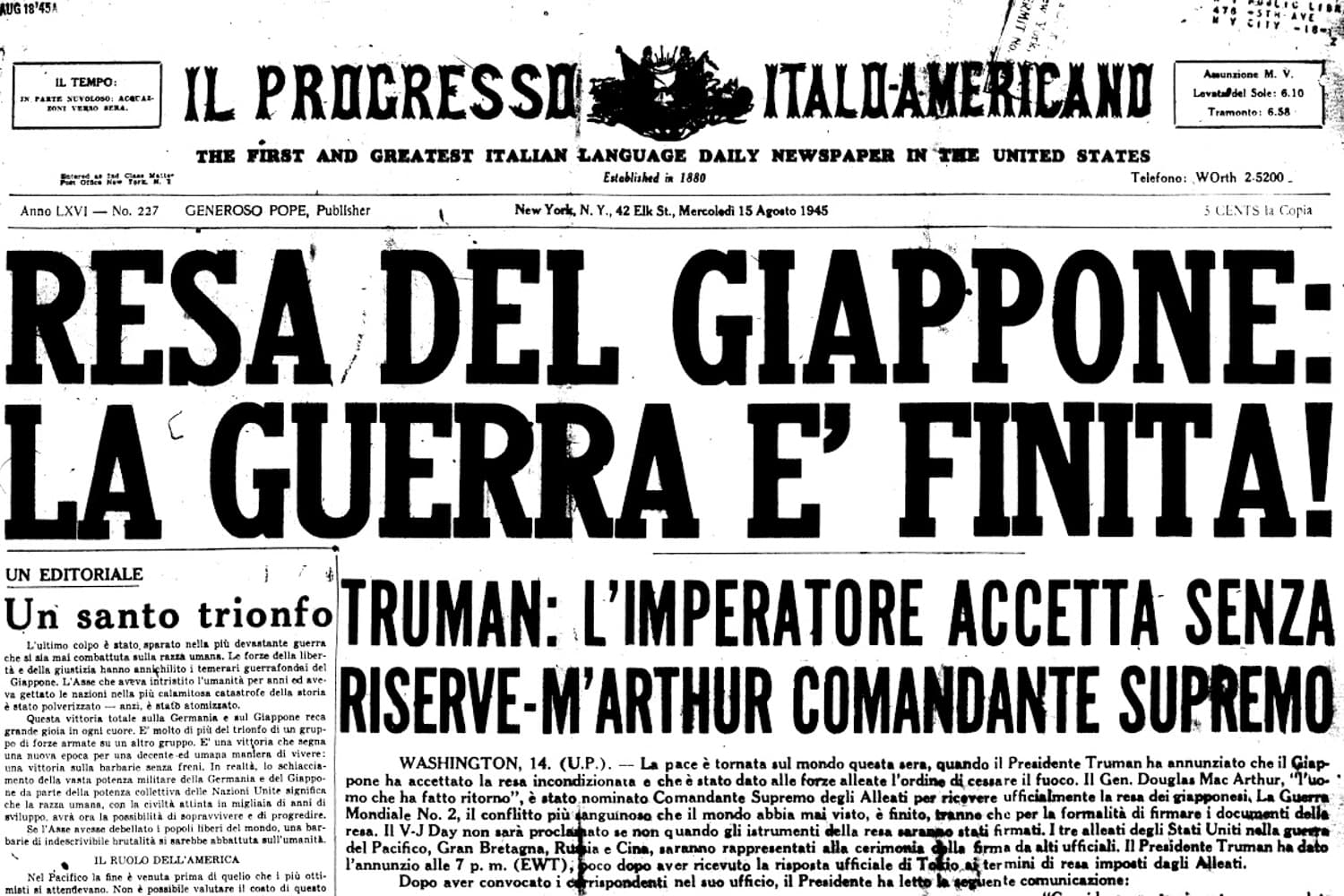 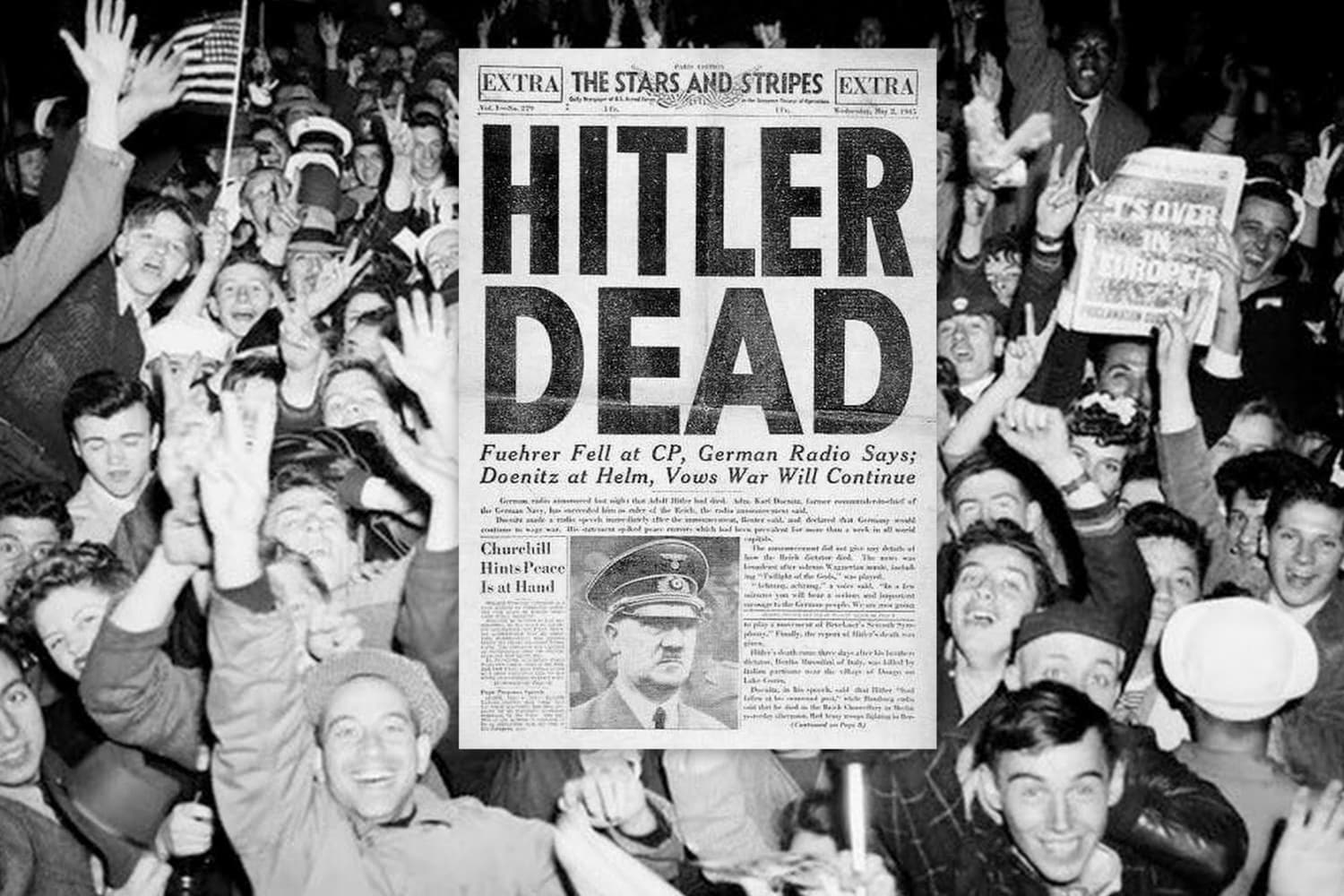 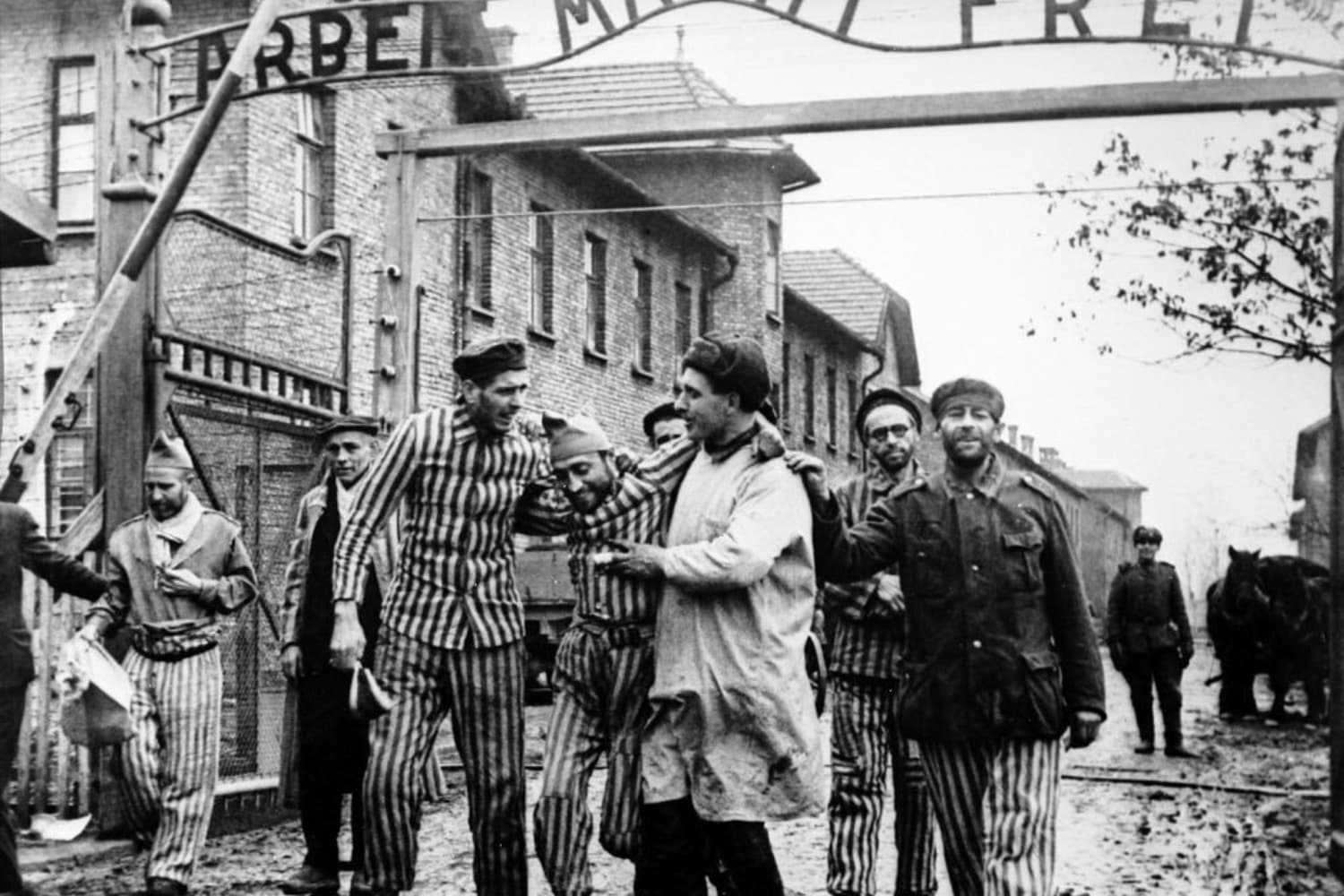 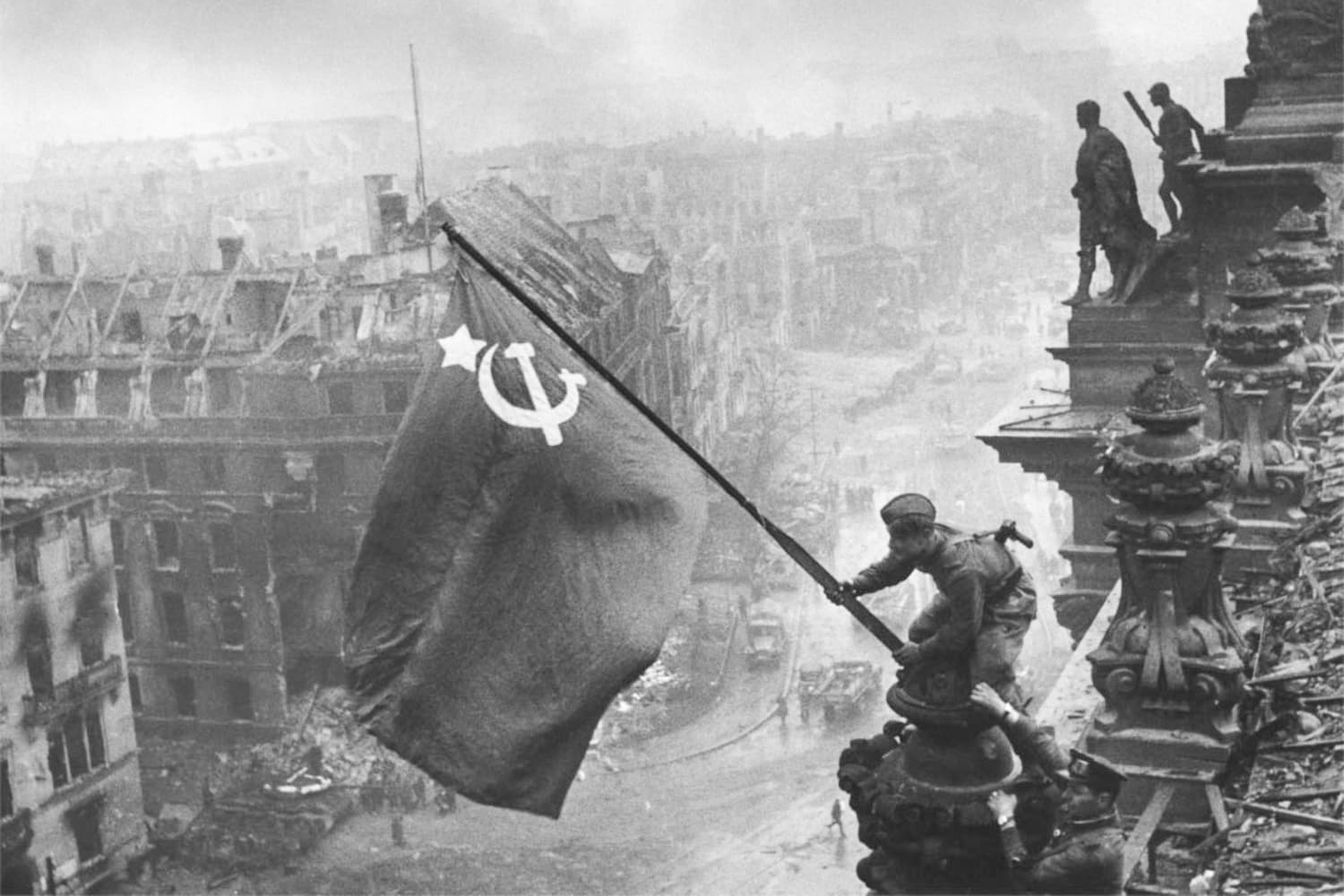 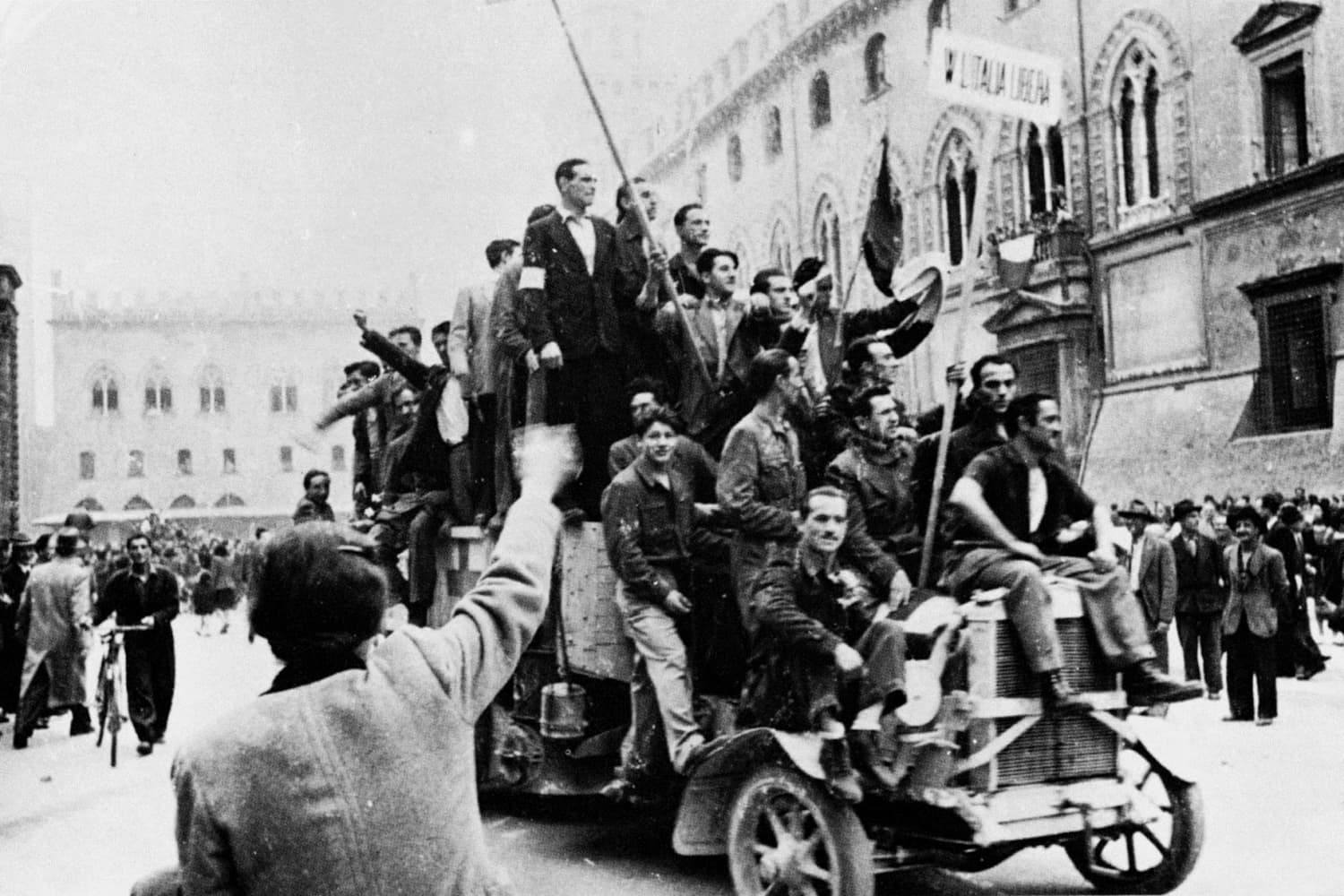 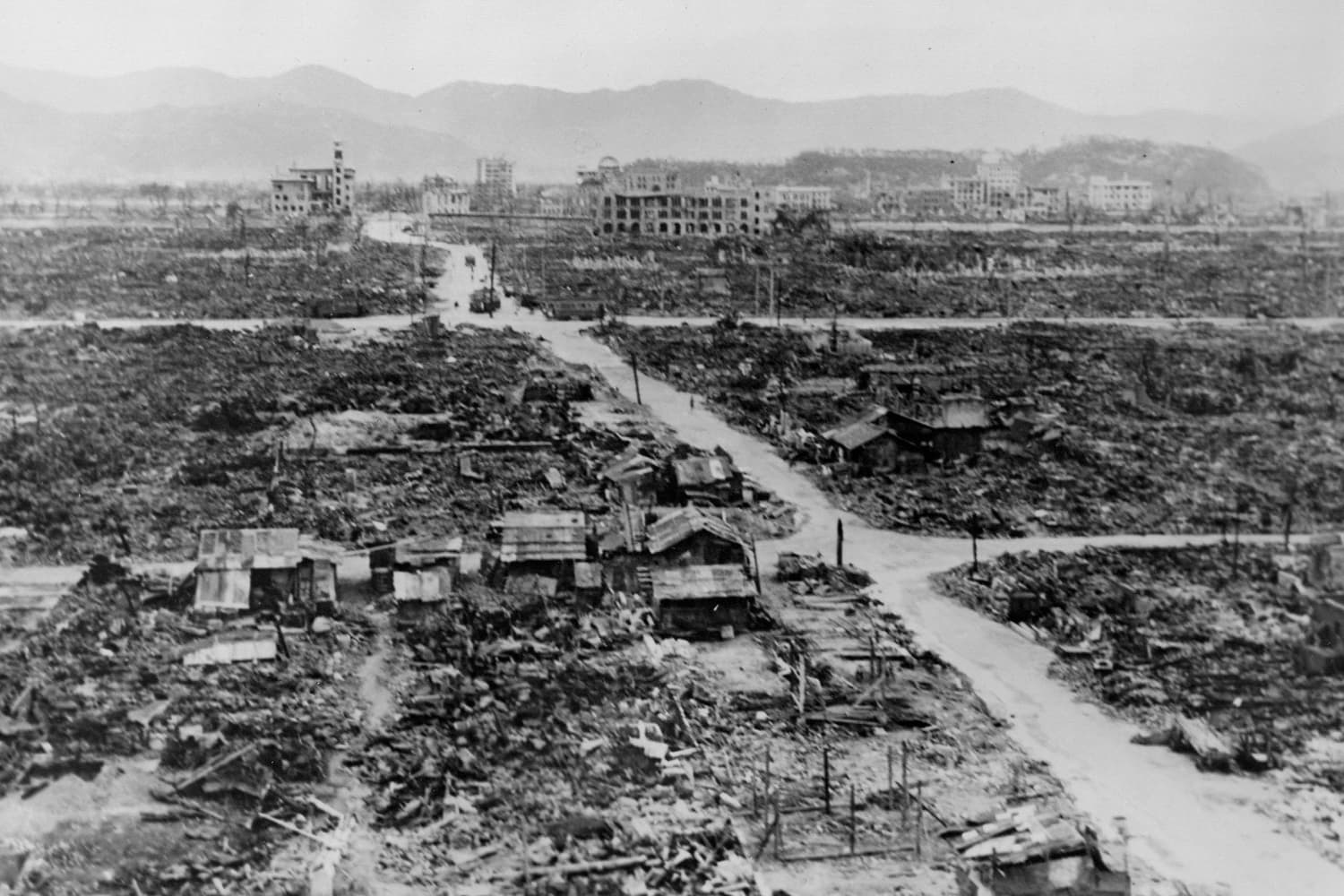 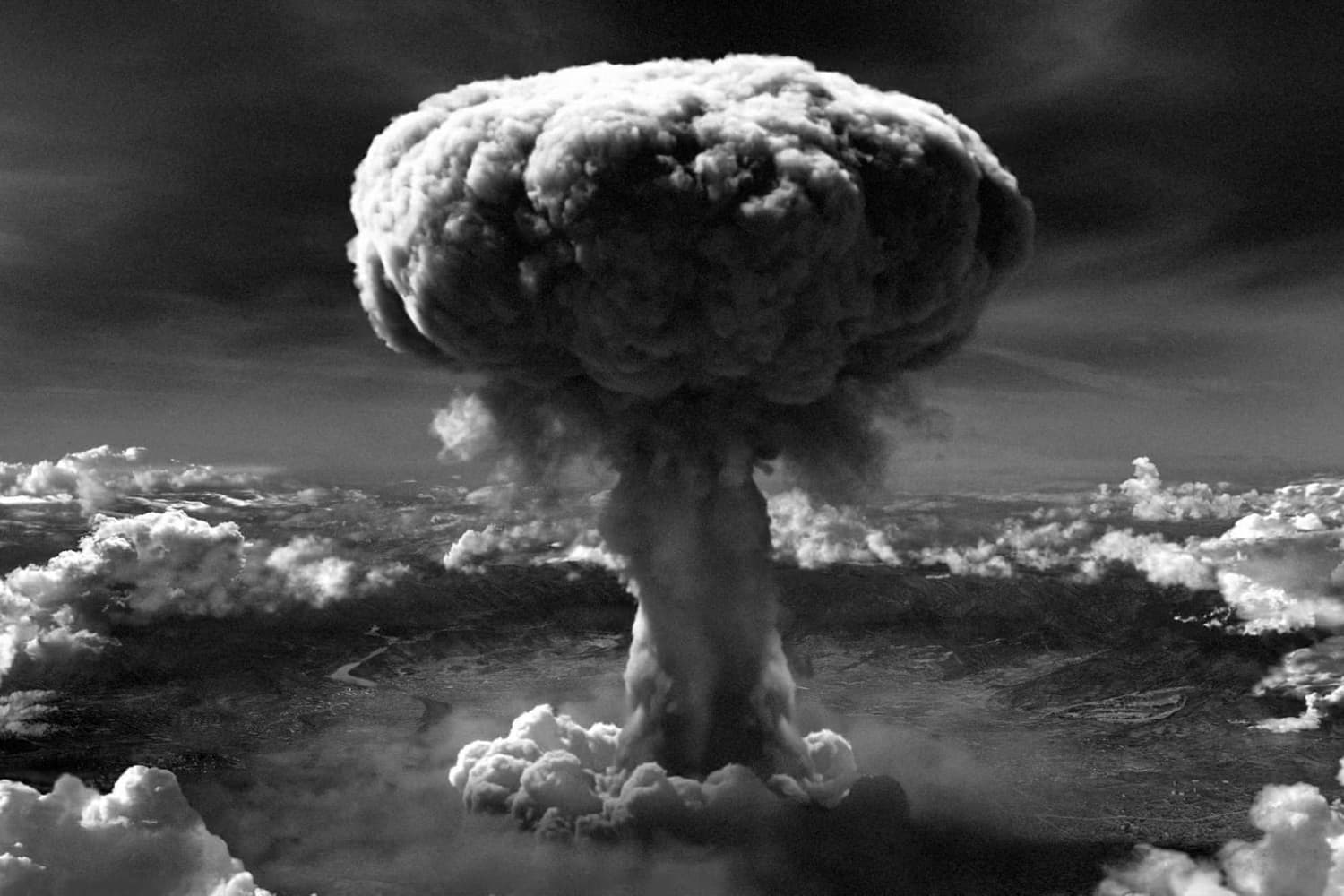 Germany, under Hitler’s leadership, despite the numerous bombings it had been suffering in those years, did not want to give up; on the contrary, it ordered the German people total mobilisation, even calling to arms the very young.

At this point, the German army found itself involved in a fight on two fronts, namely: against the Anglo Americans to the west, and against the Soviets to the east. It was on 27 January when the Russians crossed the gates of Auschwitz and saw the horror that Nazism had caused. This was the first extermination camp to be discovered.

On 25 April, the American army met the Soviet army at the Elbe river, and on the same day Italy was liberated while Germany began its retreat.

On 28 April Mussolini was shot at the hands of the partisans and only two days later Hitler too died by committing suicide along with other Nazi leaders just as the Russian armies were about to enter Berlin. On 7 May, Donitz, Hitler’s successor, signed Germany’s unconditional surrender.

While in Europe the war was definitely over, it was still being fought in the Pacific Ocean, where the Japanese continued to resist the Americans. Upon Roosevelt’s death, which occurred on 12 April, Truman – having become his successor – decided to permanently bend Japan using the atomic bomb: a devastating weapon made in the American laboratories. The main purpose of this bomb was to demonstrate to the world the military superiority of the United States.

On 6 August 1945, therefore, an atomic bomb almost completely destroyed the city of Hiroshima, and on 9 August it was Nagasaki’s turn. On 2 September, Japan definitively signed the unconditional surrender. This is how World War II, after causing millions of victims, definitely came to an end.

20 January: Franklin Delano Roosevelt is proclaimed President of the USA. It is his fourth presidential term.

13 February: Israel Zolli, the chief rabbi of Rome, converts to Catholicism taking the name of Eugenio (to thank Pope Pius XII for the Jews saved).

12 April – United States: death of Franklin Delano Roosevelt, President of the United States of America; Vice President Harry S. Truman takes over his duties (which he will maintain until 1953).

27 April – Italy: Mussolini is arrested in Dongo, in the province of Como, by partisans of the 52nd Garibaldi Brigade, after being recognised aboard a German motor vehicle bound for the Swiss border.

28 April: Benito Mussolini and Clara Petacci are shot in Giulino di Mezzegra, in the province of Como, by a group of partisans.

16 July – United States: the Trinity Test, the first explosion of an atomic bomb, takes place in the desert of New Mexico.

28 July – New York: a B-25 Mitchell bomber crashes between the 79th and the 80th floors of the Empire State Building, causing a death toll of 14 victims.

30 July – The first issue of the Tuttosport sports newspaper comes out in Turin.

15 August – Declaration of independence of Indonesia from the Netherlands. Achmad Sukarno becomes the first president of the newly-born country.

18 October: start of the Nuremberg Trials against Nazi war criminals.

21 October – France: the right to vote is extended to women.

24 October: foundation of the UNO with the entry into force of the United Nations Statute.

29 December: the V Congress of the Italian Communist Party, led by Palmiro Togliatti, begins in Rome. It will end on 6 January 1946.

Percy Spencer accidentally discovers that microwaves can heat food. A chocolate bar melted as it lied in front of an activated magnetron; so he conducted a test first with some popcorn placed in front of the magnetron, raising the power, which quickly jumped across the room, then with an egg, which exploded.

Establishment of Mattel, one of the largest toy manufacturers, best-known for producing the world-famous Barbie doll.